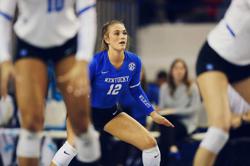 Originally from Atlanta, GA, graduated from Buford High School in 2017 where she received numerous regional, state and national accolades; including: Under Armor All-American and Two-time Georgia Gatorade Player of the Year. After high school Gabby attended The University of Kentucky where she continued to rack up the accolades. Gabby has been the SEC Defensive Player of the Week multiple times, 3 time SEC Libero of the Year, 3 time All SEC, 2 time AVCA All-American Honorable Mention, AVCA All-American Third Team, and Gabby finished her senior year winning a NCAA Dl National Championship with Kentucky Volleyball as their starting libero. Gabby has a career high of 33 digs against USC during her junior season.

Gabby has also played on the USA Volleyball Collegiate National Team since 2017.

Gabby has been coaching lessons and Kentucky Volleyballs Summer Camps for the past few years. 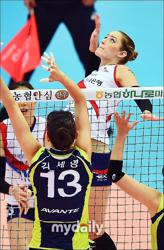 An outside/opposite hitter who started playing volleyball at age 11. Originally from Atlanta, GA, she graduated from Chattahoochee High School in 2012 with numerous regional and state accolades. She still holds the Georgia State record for average kills per set in a season. After high school Kennedy attended Virginia Tech on a full scholarship to play volleyball. Since graduating in 2016 with a Bachelors in Fine Arts, she has been playing professional volleyball overseas. Kennedy has played in 5 different countries; including: South Korea, France, The Philippines, Indonesia, Greece; and in some of the highest level leagues in the world. Kennedy has played in multiple league championship games and won a championship with her team The Philippines where she was awarded Best Opposite Spiker for the 2018 season. 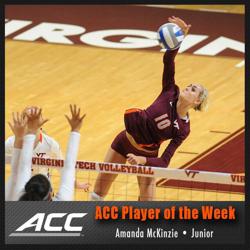 Amanda was a vital part of her high school volleyball team’s 4 state championships earning  her the Miss Volleyball Award in 2012. This award is given to the top volleyball player in Michigan. She then attended Virginia Tech where she played as a 6 rotation outside hitter. She received ACC academic and athletic honors. Amanda was one of only six players in program history with more than 1,000 digs, 1,000 kills and 100 serving aces in a career.

After earning a degree in Human Development with a Psychology minor,  Amanda played professionally in both Switzerland and Spain. She has been coaching club teams in Virginia, Indiana, and most recently, Georgia. Amanda has also coached at college camps for Virginia Tech, Pitt, Purdue and U Indy.

Get your free Kids Guide to the Tokyo Olympics. Over 100 pages of games, puzzles, trivia and more!Download